According to iHarare, the Grain Millers Association of Zimbabwe (GMAZ) have since written to the government warning that unless they receive the subsidy by end of day Thursday, then the price of mealie meal is going to skyrocket. 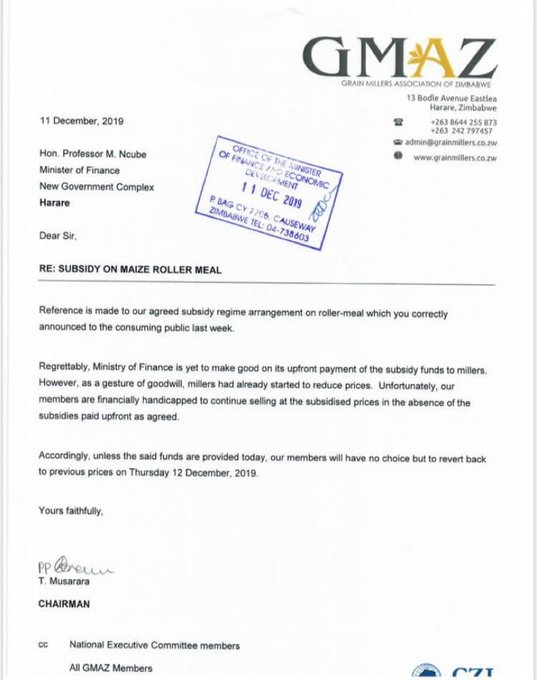 Mealie meal is currently going for $50  per 10-kilogram packet following President Emmerson Mnangagwa’s directive that the government would subside the prices.

This came after Mthuli Ncube had removed the subsidies which resulted in the prices doubling to an average of $100 per 10-kilogram packet.

Ginimbi To Be Released Within 48hrs,

China Pledges to Help Zimbabwe Prevent the Spread of the Coronavirus