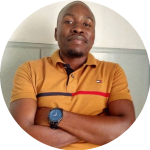 Social media is awash with adverts of an ‘investment scheme’ where one can earn $600 Rtgs in thirty minutes from an investment of just $100 Rtgs. Understandably, there has been a lot of talk around this scheme with people debating whether it’s legit or it’s a pyramid scheme.

In this article, we will seek to dissect this investment programme to show you how it works and show you why we think it’s a pyramid scheme designed to scam people.

How Does This Scheme Work?

This investment scheme utilises Ecocash and WhatsApp groups to function. A WhatsApp group is created that will have a maximum of 11 participants. The first 6 people to join will pay $100 each to member number one coming up to $600 via EcoCash.

After receiving his payout, number 1 will be required to pay number 7 and then exit the group. Optionally, number 1 can rejoin but this time he will be number 11. He can then reinvest the $100 and the cycle continues. The time between investing and getting your payout is dependant on the pace with which other investors send money to you.

Members are encouraged to recruit and share messages of motivation in the group as this helps keep the cycle going.

Why This is a Classic Pyramid Scheme

A look at the mode of operation of the investment programme will show that it is a pyramid scheme. Firstly, pyramid schemes require money to join and in this case, it’s the $100rtgs that is needed for one to become a member.

Another characteristic of pyramid schemes is that there is no product for sale and new money is introduced by new members. This programme does not get money from anywhere except the members.

Like other pyramid schemes, this programme promises unrealistic returns in a short time. Imagine investing $100 to earn $600 in thirty minutes or less. This alone should be enough to put you off.

How Organisers of the Scheme Make Money

Now that we have exposed the true nature of the programme as a scam, let’s delve into how the scammers steal your money.

The scammer can have a number of Ecocash Wallets that they use. For example, in a group, she may have three different numbers and pretend to be three different people. Her numbers will have position one, two and three.

The other members of the group will send to her numbers following the instructions and sequence. She will give testimony and confirmation of receipt of funds using each different number. This will give confidence to the other unsuspecting group members who will gain confidence in the system and thus will eagerly recruit to keep the system going.

The scammer can either leave the group as soon as the third number receives funds or she can send to the other participants down the sequence to keep the cycle going. This is especially effective because when an unsuspecting member gets $600 they will really make noise about it and recruit their friends and family. This will work to the advantage of the scammer as they will have new money coming in.

If the scammer simply decides to exit after the third number gets money she will get $1800 Rtgs profit. If she decides to reinvest she will send $300 and remain with $1500 profit per cycle per group. Remember there is no cross-communication between members in group A and B thus the scammer can easily benefit from two or more groups simultaneously.

In another instance, the scammers may operate as a team and scam people as explained above. In the scheme, there is no exchange of identity documents, proof of residence etc thus its easy for the scammers to simply vanish when they need to. All they have to do is to block other group members on WhatsApp.

Why do such Pyramid Schemes Thrive?

A lot of people join these pyramid schemes and end up losing their money because of a number of reasons including greediness, laziness and peer pressure. The scammers are cunning and know that due to the #CoVid-19 #Lockdown people are becoming desperate and gullible.

Lastly, if something feels too good to be true then it probably is. Be vigilant and safeguard your money.

What do you think of such schemes? Have you, or anyone you know, lost money in such schemes? Share your thoughts in the comment below.

I'm a digital marketing and online entrepreneurship enthusiast. I'm on a mission to change the narrative of #OnlineEntrepreneurship in Africa. I blog at mrtaylor.me and you can get my free e-book on making money online here