680
VIEWS
Share On WhatsAppShare on FacebookShare on TwitterShare On LinkedIn

The adoption of electric vehicles has been affected by the rather limited distance that these cars can go on a single charge.

However, Hyundai seems to have broken that barrier by undertaking tests that show that its model, called the Kona Electric, can go beyond a thousand kilometres on a single charge.

Hyundai performed these tests with three copies of the Kona Electric and made drivers go around a 3.2 km long circuit in Germany called EuroSpeedway Lausitz until the batteries ran out.

The test, which is the first of its kind amongst electric vehicle manufacturers, took three days and several drivers per car to complete. All three vehicles had comfortably passed the 1 000 km mark when all the batteries were exhausted completely.

This is more than 2.5 times more than the official estimated driving range of 402 kilometres on a single charge that is advertised by the car manufacturer. The Kona has a 64kwH battery.

What Gives Bitcoin Its Value?

This test result is likely to lead to boom in sales of the Kona electric model, which has so far sold over 100 000 units worldwide since its launch in March 2018.

Electric cars are fast gaining in popularity the world over as customers look for green alternatives. However, some of the major sticking issues that been bugging manufactures have been the limited driving range, charging time and difficulty in finding charging stations.

These latest test results from Hyundai should go some way in countering these disadvantages. Such a big driving range would mean that the time spent charging the vehicle would be worth it and the car owners would not need to look for charging stations after short driving intervals.

Recently, students from NUST developed a prototype electric bus and they are probably following these developments keenly.

In light of tightening environmental regulations and increasing worldwide acceptance of electric transmission vehicles, a growing number of automakers are intending to tap into the market for electric vehicles and Hyundai has made a bold statement with these tests.

The chart below courtesy of Statista, shows the rapidly increasing sales of electric vehicles in the world. 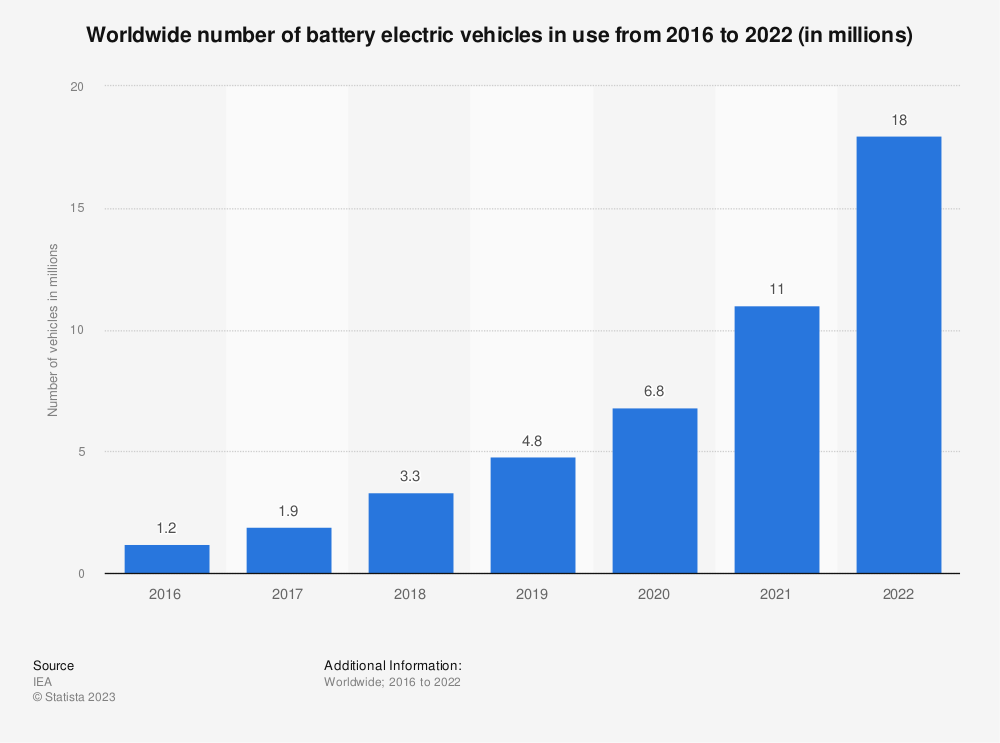 I'm a digital marketing and online entrepreneurship enthusiast. I'm on a mission to change the narrative of #OnlineEntrepreneurship in Africa. I blog at mrtaylor.me and you can get my free e-book on making money online here

The end of 2020 has taken the cryptocurrency community back to the happy days of 2017 when Bitcoin was booming...

What Gives Bitcoin Its Value?

Why You Should Learn Digital Marketing whilst in School/College

764
No Result
View All Result