Vice President Chiwenga ex's properties seized in South Africa. Troubles continue to mount after a South African court ordered the seizure of Mary Mubaiwa's Pretoria home and her two Land Rover vehicles until her money laundering and fraud trial is concluded in Zimbabwe.

The order to seize the property follows a request to South African authorities by the Zimbabwe Anti-Corruption Commission (ZACC) who are investigating her offences.

The property is believed to have been purchased using crime proceeds allegedly acquired by the former model when she still enjoyed privileges associated with being the VP’s wife.

“In terms of section 38(2) of the Prevention of Organised Crime Act, No 121 of 1998 (the Act) all persons with knowledge of this order, are, other than as required and permitted by this order, prohibited from removing, taking possession of or control over, dissipating, interfering with or otherwise dealing in any manner with the property to which this order relates.

“It is ordered that the South African Police Service (SAPS) Brooklyn police station under Case 308/01/2020 to seize the property as 1,2 an 1,3 above to be kept for safekeeping at Pretoria West Pound VSS, until the outcome of the forfeiture proceedings to be instituted in terms of section 48 of the Act.”

The Registrar of Deeds Office, Pretoria was also ordered to restrict execution or attachment of the property without the High Court’s approval. Mubaiwa however has a chance to defend the forfeiture order, which follows a successful application by South Africa’s National Director of Public Prosecutions.

To support its application, the State deposed an affidavit through Skuta David Mfopha, an investigator attached to the Asset Forfeiture Unit (AFU) in the NPA.

The application was in terms of Chapter 6, section 38(1) of the Prevention of Organised Crime Act 121 of 1998 (the POCA) for a preservation of property order.

“I further submit that there are reasonable grounds to believe that the company registered in terms of the Republic of South African Company Laws, namely La Chelle Travel and tours, were used by Marry Mubaiwa as instrumentalists to facilitate the commission of fraud/theft or money laundering.”

He added that Mubaiwa’s conduct established so far was indicative of how she operated her scheme of fraud or theft and money laundering.

ZACC Commissioner Frank Muchengwa told South African authorities the anti-graft body had received information from a whistleblower that Mubaiwa had fraudulently exported funds to South Africa to buy some properties.

It is alleged that Mubaiwa instructed Memory Chakulinga, her relative and managing director of her two companies in SA, Falcon Project Pty and Bonnets Electrical Pty in Pretoria, to raise proforma invoices for the purchase of event tents and chairs and prepaid meters.

Muchengwa said the invoices would then be referred to Commercial Bank of Zimbabwe (CBZ) as if they specifically intended to purchase the goods but the funds were allegedly diverted to purchase her personal properties. Muchengwa said:

“Chakulinga states further that Mubaiwa is her aunt and she recalls Mubaiwa approaching her to assist in setting up a business in South Africa as she indicated that she had won a tender in Zimbabwe. Chakulinga also allegedly said Mubaiwa had told her that she had the facility to get money from the Reserve Bank of Zimbabwe for funding the business.”

Chakulinga allegedly offered assistance with a place to open a business at her premises. She was then asked to do proforma invoices in the name of Tanor Investment for supply of event hosting accessories tents for R203,308 and the invoices had Mubaiwa’s Falcon Suppliers FNB bank accounts.

Court papers show that in December 2018, R203,308 was deposited into the account from CBZ and according to the narration, it was intended for the purchase of tents.

“According to Chakulinga, upon receipt in her account the funds, Mubaiwa instructed her to divert the funds towards purchase of Range Rover at Menlyn in Pretoria.

“Chakulinga states that she paid R4 million to Range Rover Menlyn and she was told by Mubaiwa that the motor vehicle was to be taken to Zimbabwe but to her surprise, it was registered in South Africa under Marry Mubaiwa.”

In May, according to Chakulinga, another R2 million was deposited into Bonnette Electrical FNB account and she was called by the bank to confirm the receipt of the funds. She did what she had been instructed to do before but this time on the invoices indicated she was to buy electrical prepaid meters.

Chakulinga added that after the release of the funds, Mubaiwa ordered her to transfer R496,500 to Martin Potgieter Trust Account at Standard Bank. According to Muchengwa, there was financial flow from CBZ to FNB that was detected on the accounts.

It was established that one of the signatories at Mubaiwa’s East Town Commodities was Jeffery Jenje and he allegedly confirmed this. Jenje also confirmed payments that were made and also that Mubaiwa indeed purchased two vehicles. Proof of vehicle purchase was provided by Jacobus Hercules Du Preez. Du Preez said Mubaiwa bought two vehicles worth R1,6 million and R1,8 million respectively.

The ongoing investigations also revealed that Mubaiwa bought a house by sourcing cash from individual companies to purchase on her behalf.

Person for people. Reader of writings. Writer of readings.

Events in Zimbabwe
2 days ago 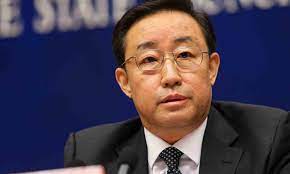 SAPS Stunned By Video of Zimbo in SAPS Vehicle

Manhunt For Woman Who Made Her False Rape Report