So here is the thing……
The issue of dating married man is more shunned than being talked about. These relationships are becoming more popular than the normal relationships. Well the reasons are less likely universal because we are all human beings but how they end up is not so pleasant and almost similar.
You may haven't planned on doing this but sometimes, even an intelligent woman’s emotions can take the better of her. So here you are dating a man who is already married and you aren’t able to keep yourself from him. The truth is, loving and dating a married man will hurt you big time and it is very rare that it will work out. That’s what all older and wiser people will say to you. Relax, I am not here to judge your decision of dating him or ask you to just dump the man right away. Before you decide to continue dating him, be rational and think if it is actually worth it.
In this article we are going to discuss on how to date a married man succefully:

1. His first priority will always be his wife and children.

His family will always come first, and that includes his wife. Simply because he talks in a negative way about his marriage doesn’t mean that his obligations to his wife are any less important to him. Whether or not they have children is a moot point; he will always feel as if he has to be a husband to her and take care of the marriage, whether he truly loves her or not. Their life together includes friendships and a social network that is shared and comfortable for him. He won’t risk losing that. Take not….

2 His life with you is secret and always will be.

No matter how much you may want to walk in the sunshine with him and have him openly acknowledge his love for you, it won’t happen. While he is more than willing to be your lover and to bring you gifts, he is not about to have you meet his friends and risk having his family find out about you.

3. No matter how nice a guy he is, you are a temporary diversion for him.

This is not an easy statement to comprehend. It’s emotionally painful. Unfortunately it is true. The beginning of an affair is romantic and naughty at the same time. Planning to be together becomes a fascinating game and is thrilling to say the least. Stealing hours from work or home to have sex is exciting, and you may mistake his libido-driven passion for undying love. Don’t. The game soon becomes a chore for him, and romantic interludes are just one more thing he “has to do.”

4. He will not leave his wife.

Less than 5 percent of men leave their wives for the woman with whom they are having an affair. Whether it is because of all the legal and financial problems attached to divorce, religious beliefs or the fact that they have become comfortable with their marriage the way it is — or even because they still have a certain affection for their wives, men rarely end up with the other woman. Once a small house you might still be a small house.

And don’t ever kid yourself on this important point: He is still having sex with his wife, no matter what you may want to believe.

5. Legally, financially and emotionally, you have no claim.
You may realize that you have no claim legally or financially, but you would think there’d be an emotional attachment or bond between you and your lover. In fact there usually isn’t after the affair is over. Here’s why. Even though he has a deep feeling of love for you, he is able to process it in an unemotional way. He’s not a bad guy, he may be a wonderfully kind person, but he is also a practical one. He knows that holding on to emotions that can only cause problems for his family is something he cannot and will not do. When it’s over, he will move on.

To safeguard yourself from too much emotional pain, you need to understand that he can only be a small part of your life and will never be more than that no matter how many promises are made. You need to have a life that works and that is full enough to withstand the pain of the eventual breakup. He has one and you need one, too.

You gotta be independent. It would be wise of you not to sacrifice everything for a married man. Make sure you have other hobbies besides dating him or doing stuff with him. He is definitely not giving up everything for you so you shouldn’t either. Don’t stop dating other men completely
Don’t always be so ready to cancel plans you have made with others to accommodate him. Casual dating with male friends helps, too. It allows you to see yourself through the eyes of another man who finds you interesting and attractive. It is up to you where it might lead. It helps to remember that the man with whom you are intimately involved in “your other life” is not living as a monk with his wife.

Do not let a married man take advantage of you. Get as much out of him as you are putting in the relationship. Whatever you are doing is risky so ask yourself twice if it is really worth it.
You need to step back and identify the priorities — your priorities — in a relationship with a married man. Think with your head and not with your heart. Ensuring you have a life distinct from his that is your safe haven can make being the other woman, if not a secure, permanent position, at least one that is a bit more tolerable. 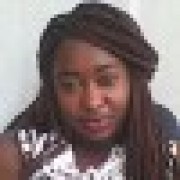 The 2023 Education Calendar Now Out

The 2023 Education Calendar Now Out

How to Choose Subjects to Pursue at A-Level

Beauty Is Not All About Having Big Buttocks

Medical Doctor Cautions Against the Use of Virginity Restoring Soaps & Creams