A drug is a substance which when consumed can alter body functions in either a positive or negative way. This means that a drug can be medicine or any form of alcohol.

People consume drugs for different reasons and this can never be a problem, but when the consumption of drugs becomes excessive and is done inappropriately it then becomes a danger both to the drug consumer and the people around him or her. This is what we then refer to substance or drug abuse.

Substance abuse causes a lot of effects which range from affecting a person’s personality, social life and career  to his or her health. Some of these effects include misbehaving, illusions, joblessness and health related diseases such as lung cancer, liver cirrhosis, kidney failure or heart problems.

Looking at a country like Zimbabwe which is characterised by high employment rate and rapid inflation, living in extreme poverty seems inevitable mainly for children who grow up in child headed families. Which is one of the main reasons why substance abuse is increasing, especially among young children. Hence, frustration and depression ends up pushing teenagers or even young children to go live in the street in search of a ‘better life’-where they will be picking food from bins and grabbing some from strangers’ hands , and begging for money.

The problem of using dangerous drugs among street children in the country has increased and seems to be getting worse by the day. Young lives are being destroyed as they try to wash away endless thoughts of their plight and sorrows by  seeking comfort in absorbing dangerous substances such as alcohol, tobacco, glue and mbanje (marijuana).

This is resulting in them dying either by accidents (being run over by cars or engaging in dangerous street fights) or health related problems.

Should we blame these children’s relatives who just leave them to suffer alone in the streets or the people responsible for making and brewing such dangerous substances-For example, the man who was caught brewing 2keys with fertilizer, or both?

With the increasing exposure of the Zimbabwean environment both as a manufacturer and market of  these hard-core drugs and substances it becomes so obvious that the country's environment is greatly to blame for the changing trend of drug and substance abuse among street children in the country. 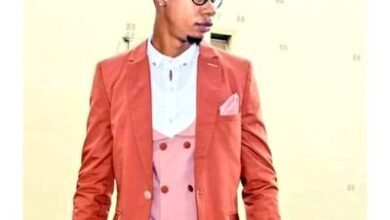 Shadhaya’s Prophecy on Levels and Shashl