Zimbabwe in 2017 faced a red locust invasion which further threatens maize and wheat yields, as the country battles to control fall armyworm that has ravaged crops. The red locusts — a large grasshopper species — are aggressive and destructive crop-eating pests that move in swarms.

The invasion is back in Africa.

The hum of millions of locusts on the move is broken by the screams of farmers and the clanging of pots and pans. But their noisemaking does little to stop the voracious insects from feasting on their crops in this rural community.

The worst outbreak of desert locusts in Kenya in 70 years has seen hundreds of millions of the bugs swarm into the East African nation from Somalia and Ethiopia. Those two countries have not had an infestation like this in a quarter-century, destroying farmland and threatening an already vulnerable region with devastating hunger.

“Even cows are wondering what is happening,“ said Ndunda Makanga, who spent hours Friday trying to chase the locusts from his farm.

“Corn, sorghum, cowpeas, they have eaten everything.”

When rains arrive in March and bring new vegetation across much of the region, the numbers of the fast-breeding locusts could grow 500 times before drier weather in June curbs their spread, the United Nations says.

“We must act immediately,” said David Phiri of the UN Food and Agricultural Organisation, as donors huddled in Kenya’s capital, Nairobi, where one expert had to reassure attendees at a press conference that the locust invasion was not a portent of the biblical “end of times”. 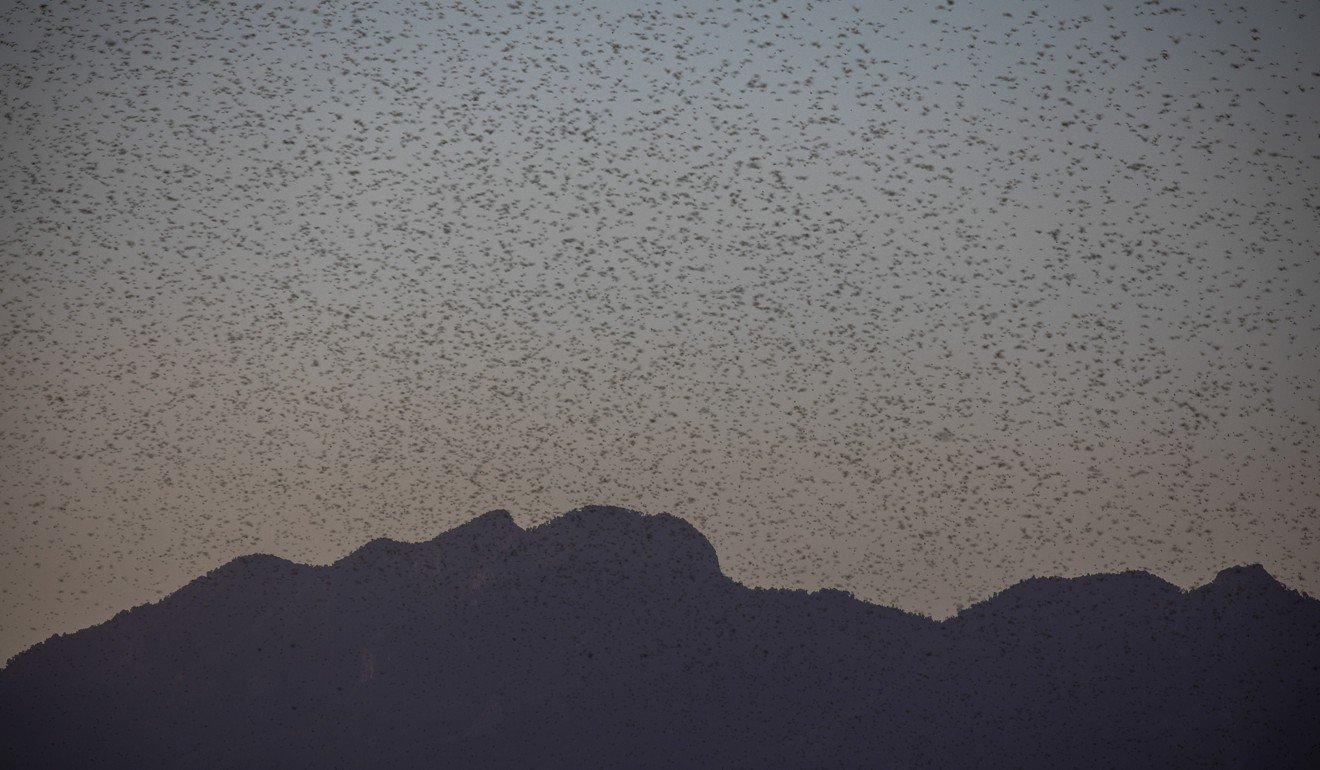 About US$70 million is needed to step up aerial pesticide spraying, the only effective way to combat them, the UN says. That won’t be easy, especially in Somalia, where parts of the country are in the grip of the al-Qaeda-linked al-Shabab extremist group.

Government Confirms Zim Is Under Serious Threat From The Coronavirus

Full List Of Countries Where Coronavirus Has Been Confirmed

Marry Chiwenga To Enter 2020 in Jail